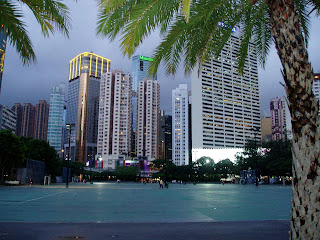 Well, for those of you who haven't heard, I've made it back to sunny Denver, Colorado. Getting a solid internet connection in Hong Kong was just as difficult as it was in Shanghai. And to be honest with you, I'd grown a bit lazy as this trip came to an end. Still I've added a few pictures from Hong Kong which I enjoyed immensely. From Victoria Peak to the Star Ferry, I was glad that I got a chance to see it.

Anyways, It's been a very exciting trip, but I'm glad to be back home. I hope everyone enjoyed reading and I hope to keep posting stories and pictures as I have more summer fun (this weekend: hiking up Mt. Massive).

Until then, take care. 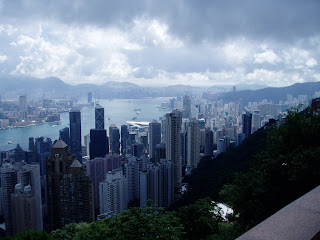 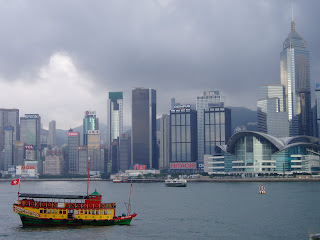 Posted by Unknown at 2:33 PM No comments:

Well, today was my first free day in Shanghai as the class that I was with ended last night. There was dinner, a group reflection where we each shared our reflections for the trip, and a slide show of some of the best photos. It's gone by very fast and I was surprised to see all that we have done over the past ten days. After dinner about a third of us went out to a bar near our hotel and enjoyed each others company before we had to go our separate ways.

This morning, it was nice to sleep in and have a leisurely breakfast without having to worry about getting on a bus to go somewhere. After breakfast I relaxed in my room until going out to market. There with my friends we haggled over the price of shirts, watches, and belts. It was the first time I haggled on the trip and I was very much out of practice. Good thing my friends were better at it. What's more, as a pair or in a group, we were able to get better prices.

After we were done there two of us tried our hand at the subway system in route to a silk market. While it was incredibly easy for us to use the subway and get to the right station, the directions we had for the silk market were wrong and we ended up spending our time walking the street. By the time we were in a cab to the market, most of the stalls were closed so we had to head back to the hotel.

Now we're getting ready to head out to dinner. I'm not sure how late we'll stay out since my friends have an early flight to Hong Kong. I got mine here and made it a little later so I'll meet up with them sometime tomorrow afternoon once I fly in. I've enjoyed Shanghai and I'm looking forward to Hong Kong, but I can tell I'm starting to miss home. As we're deciding where to go for dinner tonight, we don't want Chinese food again but can't decide where to go.

I'm sure we'll figure it out. There are plenty of choices here...for the right price.
Posted by Unknown at 10:19 PM No comments:

I'm in Shanghai and enjoying the modernness of the city. Ironically though, my hotel room here doesn't have a working internet connection, so I'm writing this from the business center of the hotel and there are people waiting. Because of this I'm going to have to cut this post short saying that we toured around the city today with a few of us finishing for a wonderful dinner at Papa John's (we were getting a little tired of Chinese food). Anyways, I hope to have fuller posts and more pictures in a few days when I go to Hong Kong.

Posted by Unknown at 7:55 PM No comments:

Of Rice and Wine 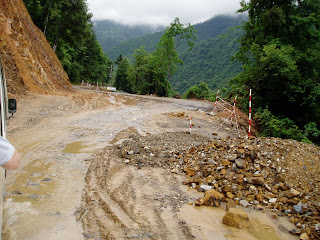