Wow, what a busy and exciting month February has been.

The most exciting part is how Erin and I went out to Boston to a teaching fair.  Having not been to one before it was quite a learning experience and somewhat stressful.  However, by the end of the first day we already had an offer from the director of a school in Kaohsiung, Taiwan.  After talking with another director who only gave vague answers to our questions and receiving good recommendations from teachers in the Taiwan school Erin decided to accept the position when we met with the director the next day.

While I make it sound like a straight-forward process there was a lot of deliberation and stress as to whether we were doing the right thing and going with the right place.  However, based on the climate, the school, the cost of living, and the standard of living, we feel like we made the best choice.  Of course, time will tell.  But we're very excited for the future. 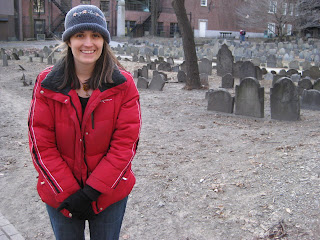 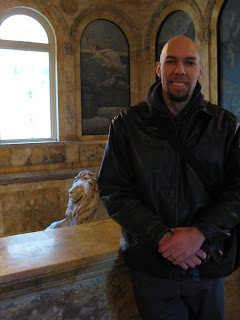 Having interviewed and accepted a position in less time than we expected to spend we were free to explore the city of Boston.  This included a trip to and lunch at the top of the Prudential building giving us a 360 degree view and tour of the city.  Then as we walked along the Freedom Trail we got a chance to see Boston's bountiful history including a couple of burying grounds which Erin really enjoyed.  We also got to taste some delicious cannoli at Mike's Bakery and generally enjoyed the city (though it was rather cold while we were there).  The whole trip was possible through the kindness of a friend of Erin's friend that let us stay with her while on the trip.

Now come the other issues we must consider before we leave at the end of July.  There are the considerations of what to do with Erin's condo (probably sell, but maybe rent), what to do with all of our stuff (our place in Taiwan will come furnished), and how to make sure we're insured over the summer between jobs.  We're already talking to real estate agents though and researching storage places, so I think we'll be able to handle it.

As if Boston and Taiwan weren't enough excitement for the month I also went on my first business trip as a consultant.  One of my clients parted ways with the employee that had been originally trained to make updates to their website so I was called in to train a group of them on managing their online presence.  I traveled out to New Jersey last Monday, did training all day Tuesday and Wednesday morning before returning home Wednesday night.

There had been a time in my life when I had the idea that traveling the country working on location would be an exciting life.  Now that I've done it though I realize that it's often the worst parts of travel (traffic jams, stuck in an airplane, navigating airports and unfamiliar streets) with few of the benefits (e.g. no one there to share the sights with).  It didn't help that the weather was bad so I didn't feel inclined to go out.  Still, the people that I was training were all very nice and engaging.

Amongst those big trips and news there were several nights out with friends for dinner or bowling.  Erin had her friend Stephanie from New Jersey staying out after they enjoyed the slopes (ironically at the same time that I was out in New Jersey).

Our current adventure is taking care of Erin's parents' new puppy, Dante.  He is very cute, but also a handful that demands constant attention.  He's a lot of fun to play with though I don't know how much work we're going to get done with him around.

So that's it for February.  I'm hoping I'll have more time to write in March.
Posted by Unknown at 12:56 PM No comments: