Last week was a busy one for Erin and I.  As the week started I continued to go to the technology in education conference in Denver.  It was exciting learning about how different schools are integrating technology into their schools and meeting other school IT coordinators.  It was a very large conference and finding the information that was valuable and applicable to me was a little daunting at times.  All in all I was glad to attend. 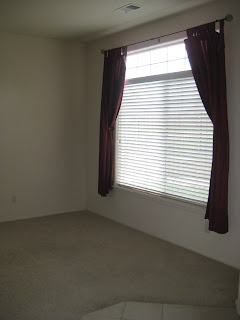 As I finished up the conference on Wednesday I went directly from there to Littleton were Erin was finally closing on the condo.  It has been a long and often difficult process to sell the place with several false starts.  We've had a back-up contract since April, but it wasn't until last week that the buyer finally decided to pull the trigger.  Amazingly they were able to get everything worked out for us to do the closing on Wednesday.  Unfortunately that only left us with 72 hours to move out before they took possession.  We spent most of the rest of the week packing up our stuff and moving out.  It was a massive effort on Saturday to get everything done in time and we wouldn't have been able to do it without the help of our friends Jim and Laura. 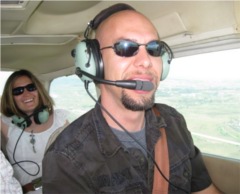 We did get a chance to have some fun this week though as we had already scheduled a discovery flight on Friday.  Erin had given me the opportunity to fly a plane for the first time as a gift recently and we were excited to finally go.  We met the pilot/instructor at the Centennial airport where he briefly went over what we would be doing.  I would help taxi out to the runway and takeoff, then fly for about an hour and the instructor would take over for the landing.  The whole thing was very exciting, but a little stressful as there was a lot of things to think about.  Even though the instructor was taking care of the radio communications and was there to take over if anything went wrong I was constantly working to keep the plane moving in the appropriate direction and around a specific altitude.  It reminded me of my first motorcycle lesson when I was so focused on all the details that it was hard to enjoy it.  Erin certainly enjoyed the ride from the back seat, so I guess I was doing something right.

By Sunday Erin and I were settled in at her parent's house in Englewood and enjoying the 4th of July with them, Erin's sister Amy, and her brother in law Kevin.  We enjoyed a nice walk along the S. Platte in Littleton and then a delicious dinner of grilled pizza.  It turned out to be a very wet 4th of July, but we still had a chance to light some small fireworks which was nice.  It was a nice way to relax after a very busy week.
Posted by Unknown at 4:25 PM