Christmas and New Years in Taiwan 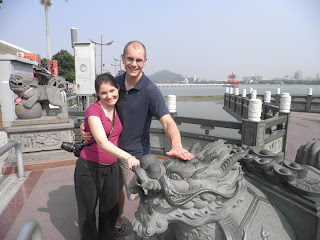 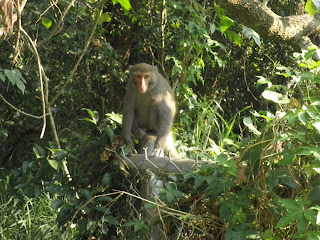 Christmas certainly felt different than usual this past year. We got a phone call first thing in the morning from Erin's sister Amy and her husband Kevin who had arrived in Taipei the night before. They were taking the high speed train down to join us in Kaohsiung at our place. After breakfast with Erin's parents and some time to talk to my parents on Skype, Amy and Kevin arrived. The six of us were able to celebrate Christmas together with stockings and some gifts for their “babies” (Amy is pregnant and Erin's parents have an adorable new puppy, Dante). We then went to show all of them our school and Lotus Lake nearby. After seeing all the temples and statues at the lake we went to lunch at a nearby restaurant that another teacher had taken us to. The food was once again delicious and gave us the energy to hike up Monkey Mountain where we found a small troop of monkeys. We finished Christmas with dinner at a nice Cajun restaurant we like called, “Bayou”. 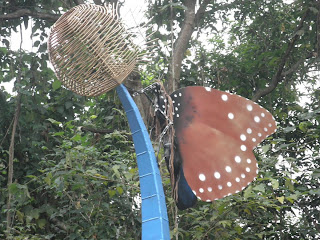 On Sunday we took the car out to the countryside starting with the nearby town of Maolin. Supposed to be the place to see butterflies now in their peak we found very few of them. The area was very pretty though and it was regrettable that we had to turn back for gas. Heading back towards Kaohsiung we spent some time at what seemed like the “Disneyland of Buddhism”, Foguangshan. They had a cave with several low-tech animatronics and kitschy scenes from the history of Buddhism. We had dinner at a delicious dim sum restaurant before heading back to our apartment. 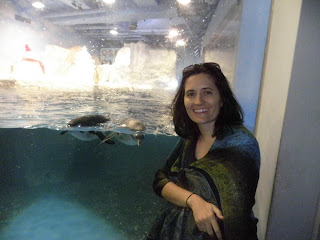 On Monday we drove down to Kenting stopping along the way at the aquarium. It was one of the better aquariums we've seen with a whale shark, penguins, and baleen whales. Shortly after lunch we were at our hotel which was just across the street from a wonderful beach which we enjoyed for a while before heading out to see more of the area. We drove over to the Pacific side of the island to view some interesting rock formations along the coast and a park around a lighthouse at the very Southern tip of Taiwan. Afterward we had dinner at a good Thai restaurant in Kenting before walking through the city's night market. 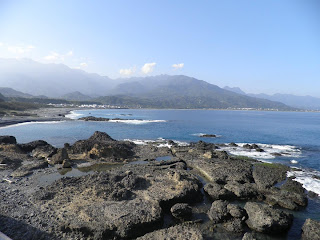 Tuesday found us driving up the Eastern coast of Taiwan on our way to Taroko Gorge. We spent most of the day driving with brief stops to take in the beautiful scenery, switch drivers, and get meals. The East Coast is very scenic and we hope to visit there again at a little slower pace. After an inexpensive dinner of dumpling soup in Hualien we drove into the gorge whose features were lost in the darkness of the night. Fortunately we were able to find our lavish hotel and get some rest after navigating the narrow roads. 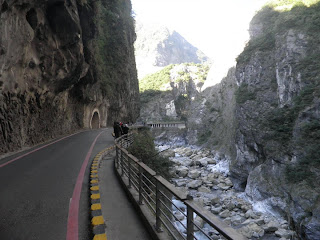 We had more time to see the gorge on Wednesday when we took a shuttle to one of the many notable views. Unfortunately we weren't clear on the shuttle schedule and so found ourselves walking through a large portion of the gorge on the same narrow road (and through the dark tunnels) that the cars and buses used. It didn't help that many of the gorge's trails were closed due to landslides from earthquakes and typhoons. When we got back to our hotel in the afternoon it was nice to spend some time just relaxing for the rest of the day. 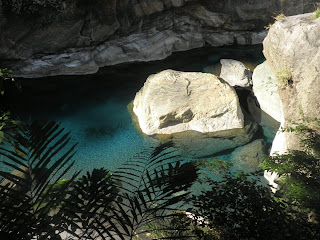 On our way out of the gorge on Thursday we stopped to hike one of the few open trails. It was a beautiful path overlooking a sparkling stream and lush canyon walls. Back in the van we were soon on our way back to Taipei. The drive was shorter than the one the previous day and took us through one of the longest road tunnels in Asia. While the traffic in Taipei was crazy we were able to find our hotel. After checking in we tried to find a jade market but had no luck and instead made our way to the city's botanical garden. That night we found a nice Vietnamese place for dinner. 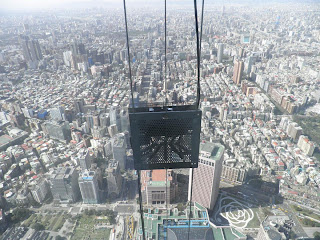 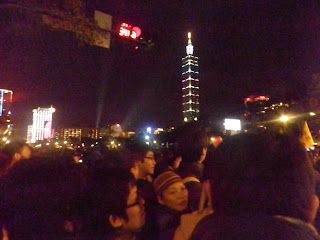 Early Friday morning Erin's parents were off to the airport for their flight home while the rest of us took in more sights in Taipei. It was a very busy day as we went up to the top of Taipei 101, had dumplings from our favorite dumpling place, visited the Chiang Kai-shek Memorial, walked through the 2-28 park, visited Longshan temple, and bought a gift at the nearby “snake alley” night market. Of course, being New Year's Eve, we couldn't leave it at that. So after a brief rest at our hotel we went back out for a late dinner and joined the tremendous crowds to see fireworks being shot off from the Taipei 101. The immense crowd of people was uncomfortable due to a reduced sense (or complete lack of) personal space. However, the fireworks display was very impressive especially as it covered most of the surface of the Taipei 101 building. With so many people it took us a long time to get back to our hotel. Since Amy and Kevin were leaving early the next day we said our goodbyes and went back to our room to crash.

Erin and I started the new year with a big western-style breakfast before getting on a train and heading back to Kaohsiung. Looking back we see that it was a very busy trip that allowed us to see a large number of places in Taiwan. We have a much better idea now of the places we would like to see more of and those we can do without seeing again. It was wonderful to have family out to visit and we look forward to seeing everyone again this summer.
Posted by Unknown at 4:21 AM