Moving is rough. There's so much that goes into it. It started the week after we got back to the US when Erin and I started looking for places to live. We weren't exactly sure what we wanted or where we wanted to be. There were so many uncertainties. I didn't have a job yet and we wanted to get a dog at some point in the future. As we saw different places we started to narrow in on what we were looking for. After two weeks of looking around Erin had a class up in Fort Collins which would keep her out of the search for a week. Before she left though she wrote down a place that sounded promising.

After looking at it on my own I decided it would be good. It was in a central location, had a lot of space, and nice amenities. I put down an initial payment and contacted Erin to talk about it. There were several things that turned us off from completing the process though including a sales person that was inexperienced, the loss of an included washer and dryer, and an unexpected deposit. We finally decided that we were ready to stop looking and move in before Erin started work though, so we signed the papers and moved forward.

We arranged for movers to move our stuff out of storage in Castle Rock along with some furniture from my generous aunt and uncle out of their Littleton storage. We had decided on movers since the place we got is a fourth floor apartment without elevators. I'm glad we did, but the day was still difficult as I was meeting up with the movers on my motorcycle while Erin was at the apartment cleaning. Unfortunately that turned out to be a day with heavy rain and even hail as I was riding my motorcycle. 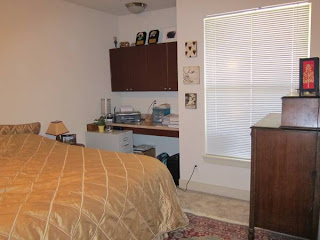 Over the next week we unpacked and arranged our stuff. It was an exhausting process. Fortunately everything fits and looks great. The only thing that wasn't working was our bed which wobbled and swayed incredibly anytime one of us moved. My aunt and uncle came to the rescue again with a bigger bed that they weren't using. The final piece of moving was getting some friends to help my uncle and I move the king size mattress up all the stairs. It was worth it though as Erin and I are getting much better sleep now. 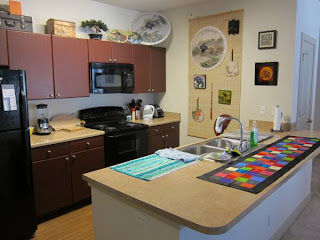 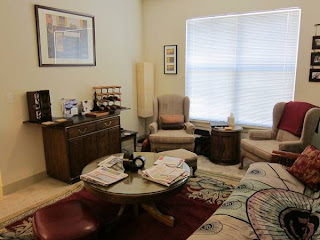 It seemed to be just in time as Erin started work at Highlands Ranch High School the following week. This past week has been her first full week with students. Teaching around 180 students spread between 5 different classes makes this one of the hardest years she's ever had to do. It includes a combined Journalism/Newspaper class which she is teaching for the first time.

As for me, I've accepted an offer to be a Project Manager at Markit on Demand, a web development company focusing on financial companies around the world. I'm excited as the position combines my interests in software development and financial management. I'm not as excited about the 45 minute commute, but I'm stocking up on audiobooks and voice apps for my phone to help the time go by. I start work a week from Monday.


Moving is never fun, but like pulling off a bandaid we seem to have completed it in as short of an amount of time as we could. It's still going to take us some time to get used to our new lives, but a rhythm is starting to develop and I think it will be a good year.
Posted by Unknown at 3:32 PM 1 comment: