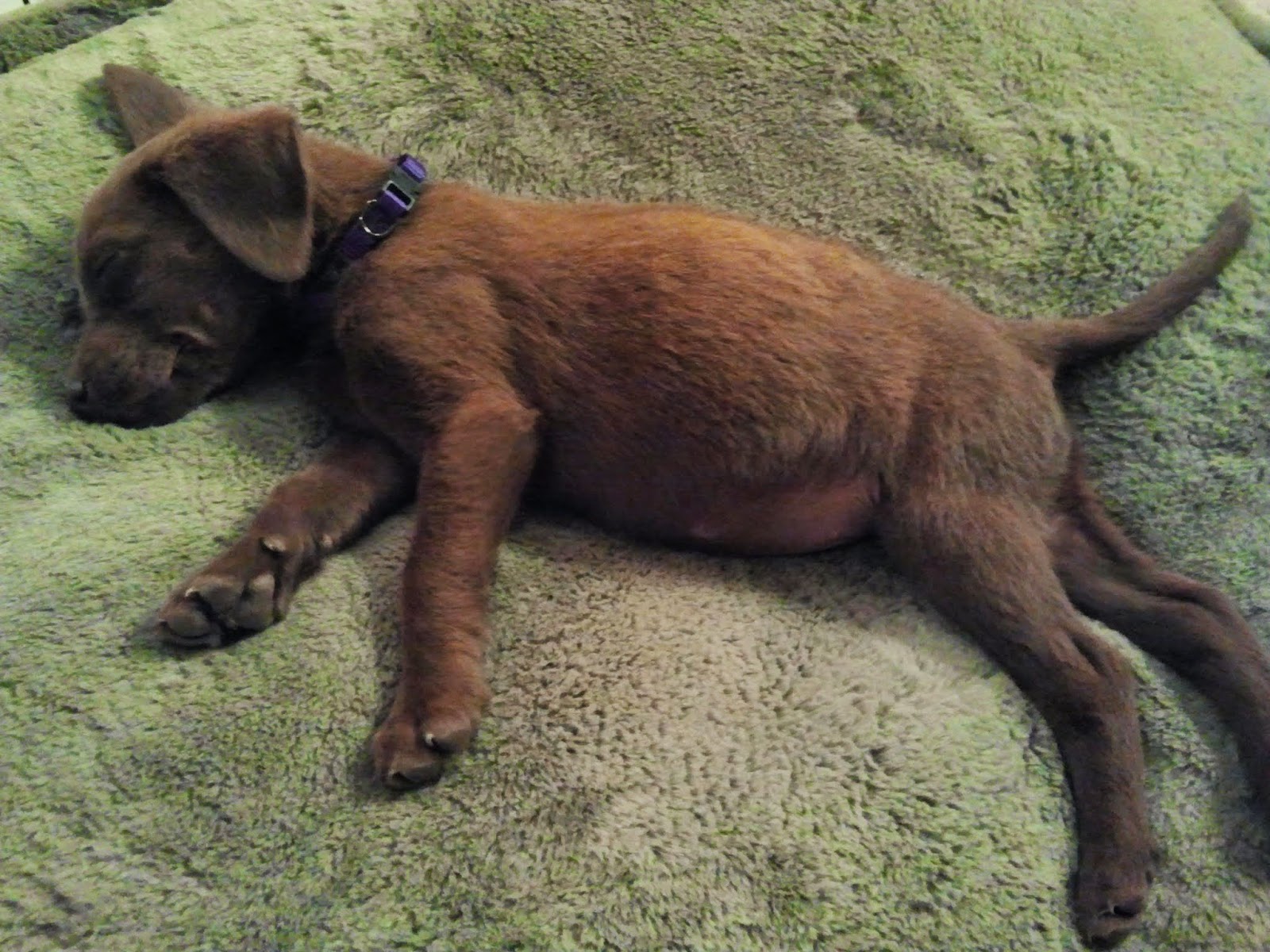 At the end of June after getting back from Costa Rica, Erin and I got our first puppy together.  We had been talking about getting a dog for some time and with Erin going on Summer break, now was the time.

The Name
Naga is the name of a serpent/dragon from Buddhist mythology.  When we first started talking about getting a dog we were living in Taiwan and travelling around South-East Asia.  It was the year of the Dragon in the Chinese Zodiac and parents were eager to have a kid under that sign as it was seen to be very auspicious.  We decided we would get a dog under that sign.  It took us a bit longer to achieve that and it wasn't until the year of the Snake that we got Naga.  Fortunately the name still fit.

Picking Her Out
Erin and I had gone back and forth on the breed of dog to get.  She wanted something small and cute; I wanted a regular-sized dog.  I liked the idea of a German Shepard or Belgian Malinois; She wanted something that didn't look like it would eat her.  We compromised on a Lab (still on the large size) for our first with the option of Erin getting a smaller second dog.  We also wanted to get the dog as a puppy so we could train it and a female so it would be less aggressive.  We checked several places, but then one weekend we finally drove out to some farms South-East of Denver to check out their puppies.  The first had some black Lab puppies, but we decided they were to hyper and didn't seem like they had a lot of human contact.  The second place we went to had a variety of colors of Lab puppies.  The one female, chocolate Lab came up and played with us, seemed pretty keen, and was very cute so we got her.

The First Year and a Half
I'm writing this post a year and a half after we got Naga because things have been very busy since then.  There was potty training from our 4th-floor apartment in Englewood, puppy socialization and basic obedience with Ted Terroux, hikes in the mountains, agility training at the Zoom Room, playing fetch in dog parks, a knee injury scare, and recently, a road trip to California.  There have been rough times and good times, and we can't imagine life without her now.
Posted by Unknown at 10:38 AM