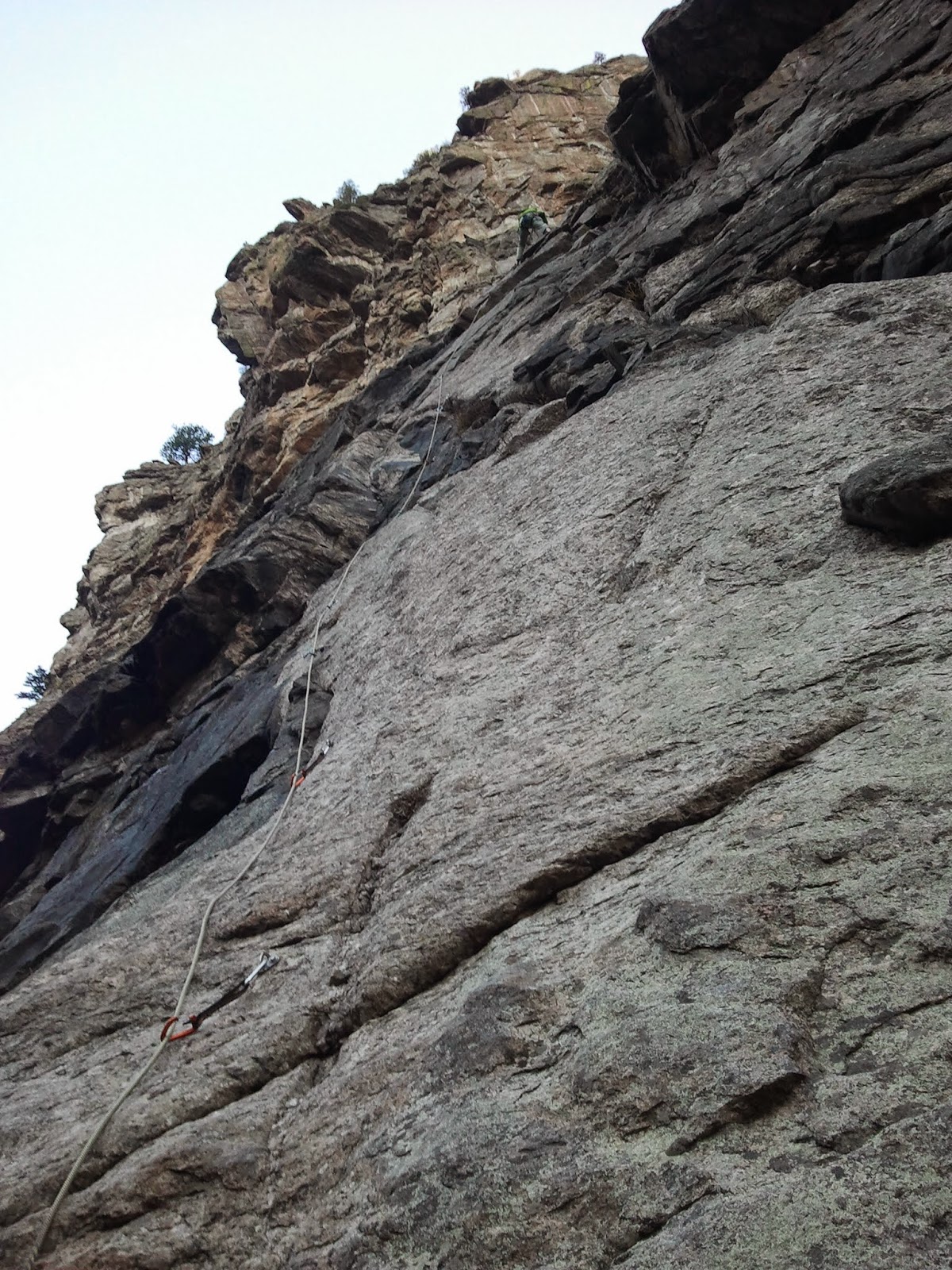 My friend, Eric, and I have been climbing together since the start of 2013 first at the gym and then outside when the weather warmed up.  We climb sport routes where there are already bolts in the rock to clip into.  We switch off leading these routes.  For most of the summer we stuck to single pitch routes that were accessible with a single rope.  By the end of the summer we felt experienced enough to do a multi-pitch route.  This one was at a place called Creekside which is up Clear Creek canyon on the road between I-70 and US-6.  It is a 4-pitch route called "Playin' Hooky" that varies between 5.7 and 5.9 in difficulty.  Being multi-pitch adds a little complexity as Eric and I pull up the rope and switch off leading between each pitch.

Once we got to the top we had a beautiful view of the canyon we had just climbed up.  It took us several hours to get up to the top and rappel back down.  It was a fun, full-day climb that I'm hoping we can do again in the future. 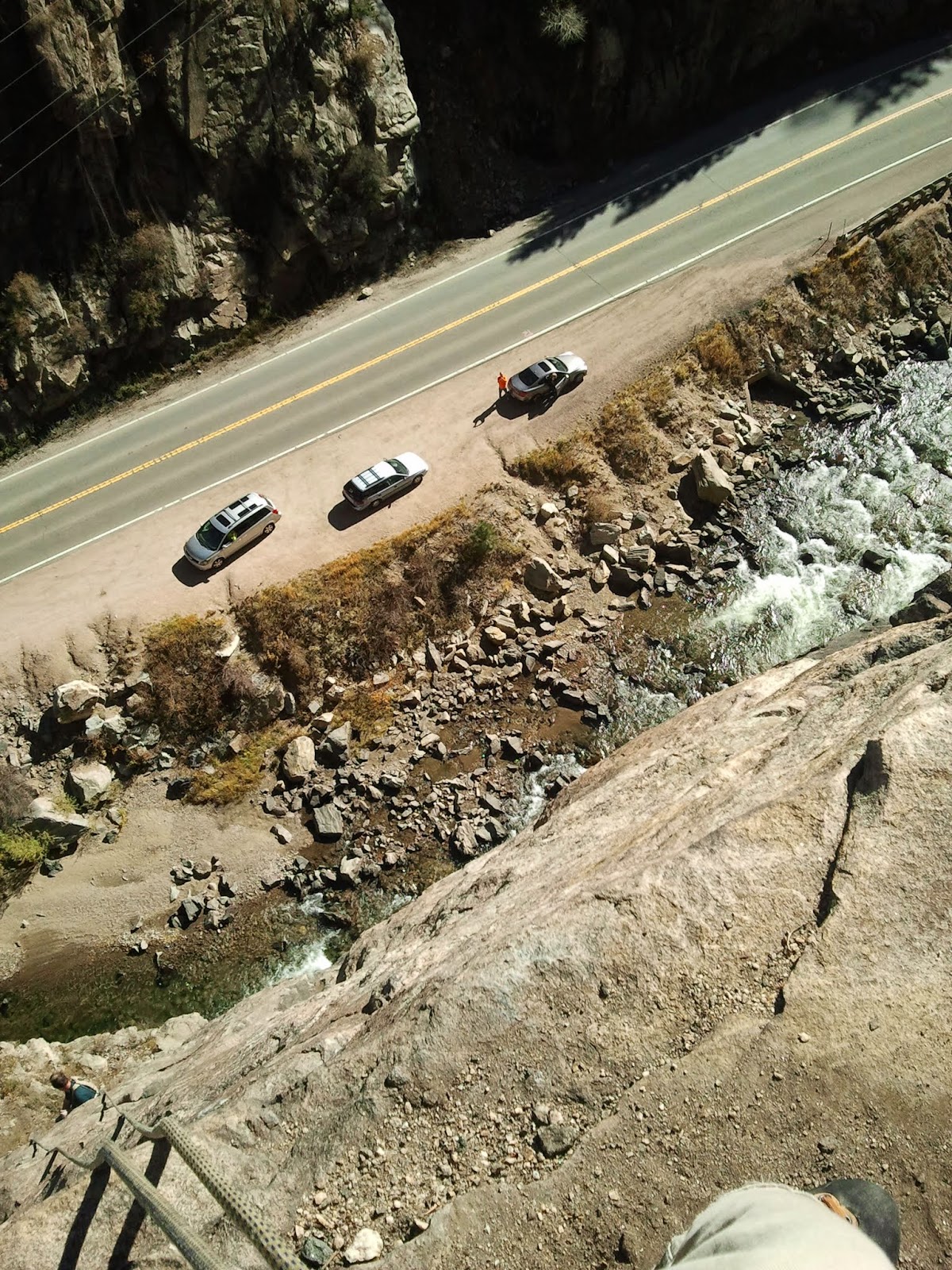