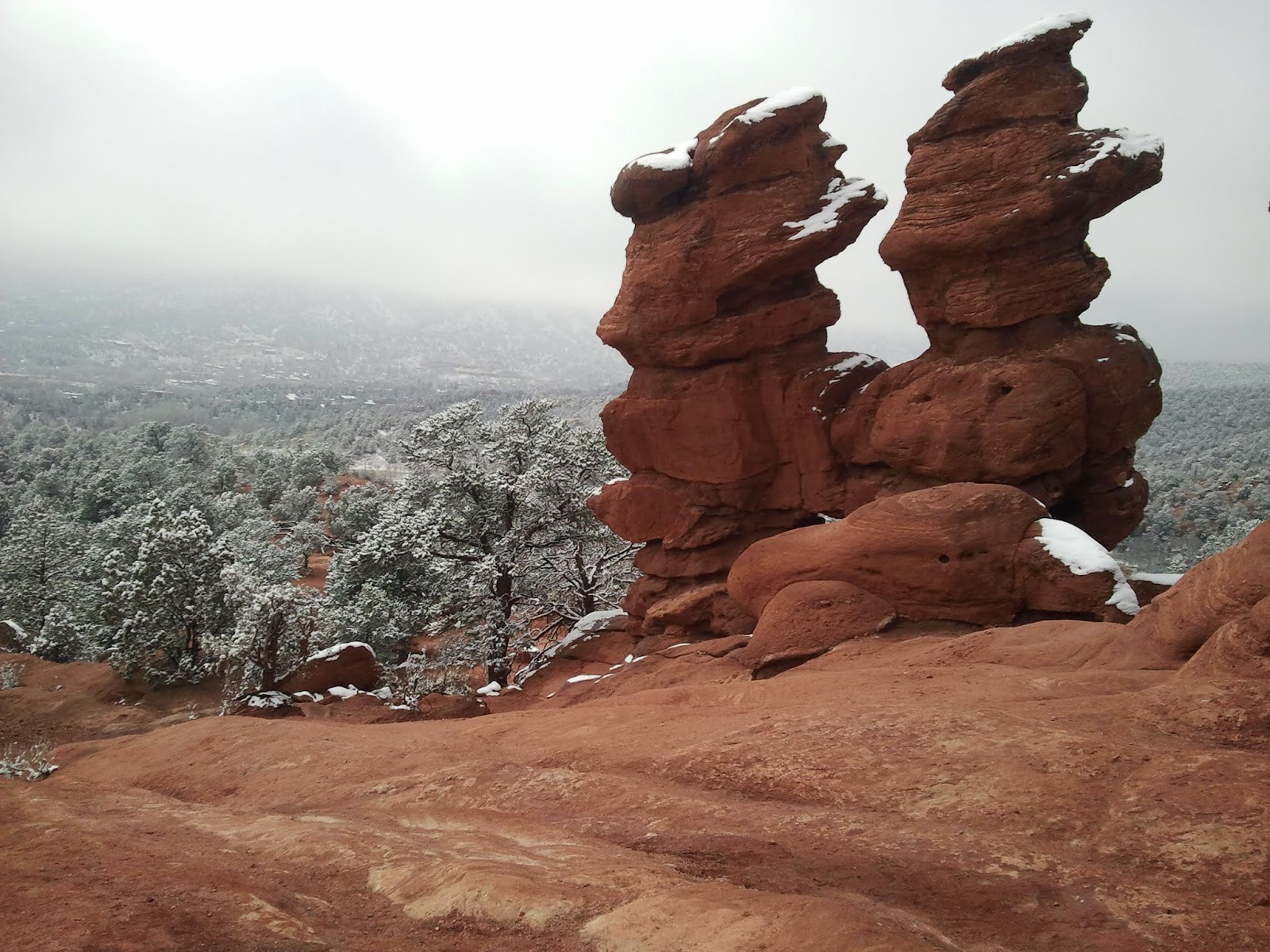 In March we went to Manitou Springs, CO to enjoy a weekend away together.  We had arranged for my friend Andrew to come over to dog-sit Naga.  Unfortunately, when he got there Naga was not having any of it.  We had to change our plans quickly and fortunately Erin's sister, Amy (who Naga got along with), was willing to look after Naga for the weekend.

By the time we got down to Colorado Springs it was getting dark and we stopped at Edelweiss German Restaurant for dinner.  It was delicious.

We then went to Manitou Springs.  We were staying in the Buffalo Bill room at The Cliff House.  We were hoping it would be warm, but it had just snowed so it was rather cold.  We ended up watching a movie in our room.

Since it was so cold out we decided not to head up Pikes Peak.  Instead we had some breakfast and walked around town.  After checking out we went over to Garden of the Gods where we took this photo.  The snow on the red rocks was very beautiful and it was good to hike around.
Posted by Unknown at 12:49 PM